What Is Character Counter?

Typically used in Textarea and/Or Input Field element that limits the number of characters and shows characters used and remaining.

This is a list of 10 best JavaScript (jQuery & Vanilla JS) plugins that make it easy to implement the Character Counter & Character Limit functionalities on your form controls. Enjoy. 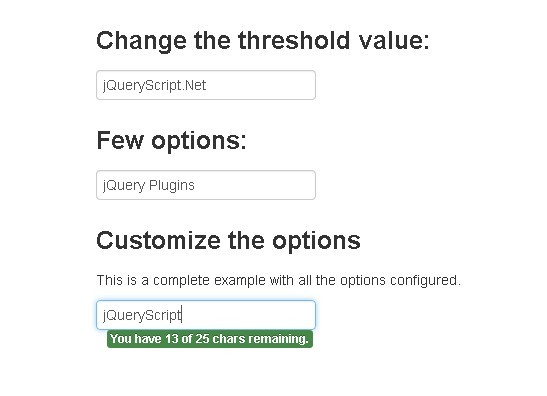 Limit The Number Of Characters In Text Fields - jQuery limitText.js

limitText.js is a small jQuery plugin that limits the number of characters allowed in your text fields and automatically creates counters to display how many characters remaining. 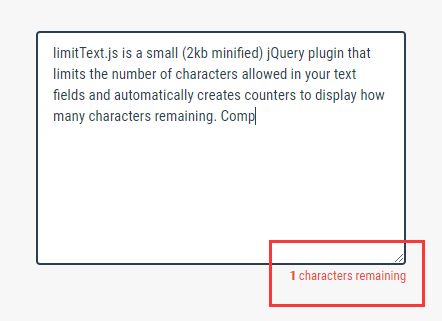 In this tutorial we're going to create a twitter-like text box that displays the remaining characters count as well as limiting the max length of input text. 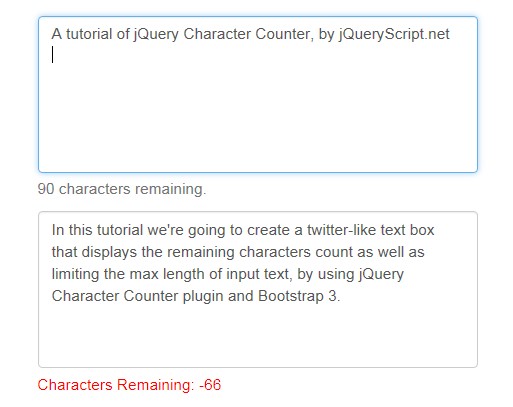 Word Counter is a minimal jQuery script that adds a simple inline word and character counter to your textarea element. 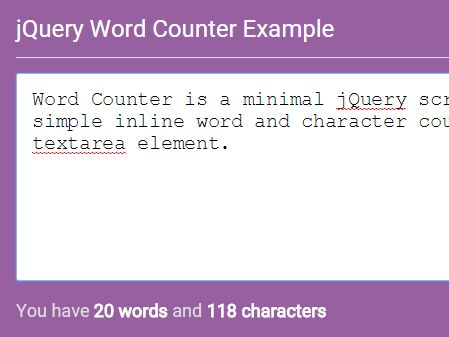 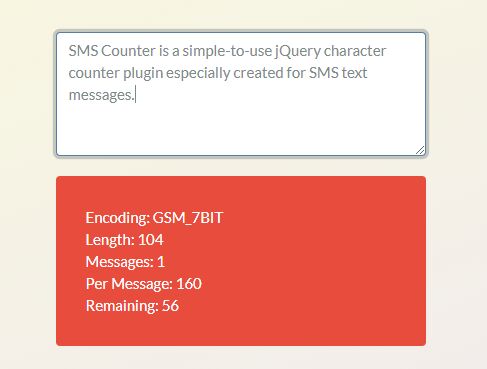 A jQuery plugin that adds live-updating character and line counters to your textarea, as well as limiting the max number of characters and lines to be entered with a progress bar. 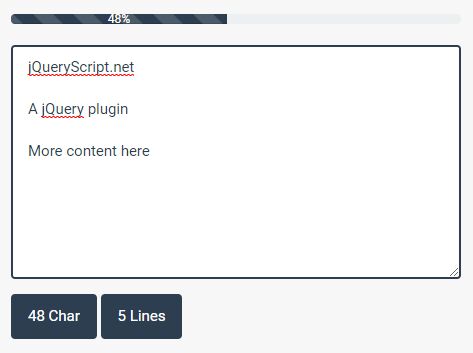 A text counter plugin that displays the number of words or characters have been typed or the remaining characters allowed to be typed in the input field or textarea. 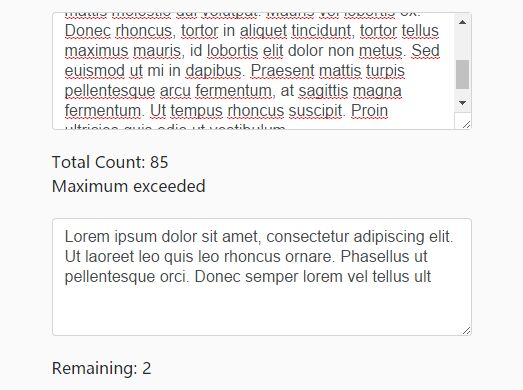 VCountdown is a pure vanilla JavaScript library that displays a counter for your text field to count characters down as you seen on Twitter tweet box.

A really simple JavaScript library that displays character counter next to your text field and stops typing when you have reached the allowed character limit.

CharCount is an ES6 JavaScript library that provides character counters with visual feedbacks for input and textarea elements.

Most Popular In This Category:

Keep in touch with us